BBC Radio Podcasts from A History of Ideas 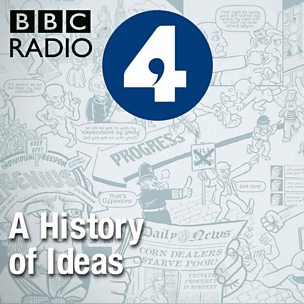 Paul Broks looks at the philosopher Ludwig Wittgenstein and the problem of 'other minds'.

Clare Carlisle grapples with Bishop Berkley's idea that objects only exist in our minds.

How can we separate real science from mumbo jumbo? Physicist Tara Shears investigates.

Barrister Harry Potter on whether we can believe our eyes.

How Can I Know Anything at All?

Melvyn Bragg and guests discuss how we can know anything at all.

Writer Lisa Appignanesi on the Love of Children

How should we love our children? Philosopher Jean-Jacques Rousseau had some great ideas.

What is love? Psychotherapist Mark Vernon looks at Freud's ideas on the Greek god Eros.

Melvyn Bragg and guests discuss the history of ideas around love.

Timothy Secret on Confucius. To live well together we must first consider the dead.

Angie Hobbs asks if the ideal state would be run by philosophers not politicians.

Is a free market the best foundation for a fair, dynamic society?

How Should We Live Together?

Melvyn Bragg and guests debate how we should live together.

Philosopher Jules Evans on Jung and the Mind

Jules Evans explores Jung and the shadow inside all of us.

Writer AL Kennedy on Sartre and the Individual

Paul Broks asks how we can be sure we are the same person that we were yesterday.

What Does It Mean to Be Me?

Historian Alice Taylor on the slippery justice of extrajudicial detention.

Philosopher Angie Hobbs on the Veil of Ignorance

In this edition of a series of programmes on justice, Harry Potter examines deterrence.

Neuropsychologist Paul Broks looks at the idea of leading a good life by being selfish.

Justin Champion on Max Weber and the Protestant Ethic

How Do I Live a Good Life?

Melvyn Bragg and guests discuss how to live a good life.

Archaeologist Matt pope looks at the role of technology in early human evolution.

Surgeon Gabriel Weston sees how medical technology has changed us.

Tom Chatfield on whether modern technology enhances or diminishes us.

How Has Technology Changed Us?

Only humans know they will die. Catharine Edwards on the Stoic philosopher Seneca

What Makes Us Human?

Melvyn Bragg and guests discuss what makes us human.

Historian Justin Champion on William Whiston, the spiritual father of the Philae lander.

What put the bang in the Big Bang? Can scientists tell us what happened before creation?

How did the world begin? Jessica Frazier canvases the views of the great religions.

How Did Everything Begin?

Melvyn Bragg and guests discuss the origins of everything.

Philosopher Angie Hobbs on the Value of Conscience

Philosopher Angie Hobbs on the value of conscience and moral intuition.

Lawyer Harry Potter on Morality and the Law

Neuro-psychologist Paul Broks on Morality and the Brain

Neuropsychologist Paul Broks on moral decisions and the brain.

How Can I Tell Right From Wrong?

Historian Simon Schaffer on whether evolutionary science explains the existence of beauty.

Vicky Neale on the Mathematics of Beauty

Mathematician Vicky Neale on the mathematics of beauty and the beauty of mathematics.

Barry Smith on the Philosophy of Good Taste

Why Are Things Beautiful?

Neuroscientist Paul Broks on Free Will and the Brain

Paul Broks brings neuroscience to the philosophical question of whether we have free will.

Lawyer Harry Potter on Individual Freedom and the State

What Does It Mean to Be Free?

Melvyn Bragg and guests discuss the history of ideas about freedom.