BBC Radio Podcasts from Your Place And Mine Podcast 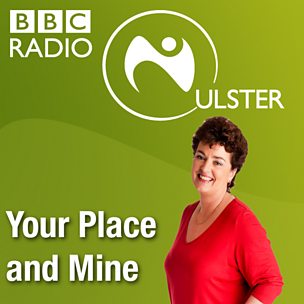 A Martello Tower, a Field, and Horses.

A Martello tower in Magilligan, and Pat Flanagan's Field in County Down.

Archaeology in Enniskillen's 'back streets', and the birds of Dulrush Lodge in Fermanagh.

A local perspective on COP26, the Hunter pipe organ in Belfast, and seals in Strangford.

A Blue Plaque for Sion Mills soldier, philanthropist and founder of the Derry Feis.

The grandson of Joyce Cary revisits his grandfather's summer home by the Lough Foyle.

Louise Moorhead at Equine Enrichment has combined her love of horses and her work.

Live from the North West 200

Ronan Lundy at the pits of Portstewart and the story of bike mad Ian Foster.

To India via Lisburn, fishing in the River Bush and Loughgall's Orange Tree Festival.

'We even have overseas visitors... From Rathlin'

The French Revolution in Ballymoney, a story of love and tug of war, and seeing sharks.

Homer On The Beach

Homer's Odyssey on beaches, the magic of Lúnasa, and the life of Thomas D'Arcy Magee.

A Field of Dreams in Seskinore, Ballymena Steam and Coney Island.

A field of dreams in Seskinore, Ballymena steam and a life of solitude on Coney Island.

Badgers in County Down, cows milked by robots in Antrim and fairytales on the north coast

A history of Irish dancing in Larne, Ennish Flax Mill near Dungannon and Keady Clachan.

The Black Nun, a Headless Horseman and Pye Radio.

Bernie Magill in Ballycastle, ancient clans in Tyrone and a trip to Devenish island.

A snapshot of Antrim show, Jo Zebedee in Cushendun, and a tour of Lisburn.

A wildlife haven in Ahoghill, steam engines in Ballymena, and the Castlewellan show.

A Day in Portstewart

As the Irish Open comes to Portstewart, Anne Marie takes a tour of her home town.

Messines 100 years on, singer Janet Dowd's inspiration, and Gelvin remembers its past.

A visit to Cushendall, a long lost motorcycle motorcycle - and tributes to Marie McStay

A Quail farmer in Macosquin, music school in Dungannon and a Hill Fort in Armagh.

Meet the animals of Hurtletoot House, find out about Christmas on Rathlin - and Prancer!

Your Place and Mine 31st October 2015: The Ghost of Boom Hall