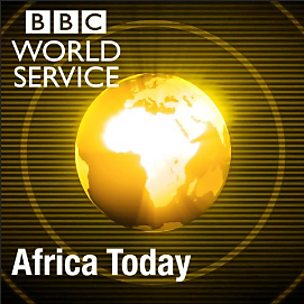 A military coup in Sudan

Coup leaders dissolve the Sovereign Council and impose a state of emergency.

Nearly half the country has been inundated by rains linked to climate change.

Sudan's huge pro-democracy demos are back

Minister for the Presidency, Defence and a deputy were held hostage on Thursday night

The widow of Thomas Sankara on the opening of the trial in Burkina Faso into his killing 34 years ago.

Nearly 200 people who had been abducted in Zamfara state, were abandoned in a forest

The UK has unveiled a new treatment for Sickle cell disease

Nigeria Twitter ban to end 'if conditions are met'

Engineer Najla Bouden has been tasked with forming a new government

Junta members will be barred from standing in elections

President Hichilema's supporters are expecting him to make sweeping changes

The children were taken from an Islamic school in Tegina, Niger state

It comes a year before the next presidential election

Uganda to host 2,000 Afghan refugees on US request

Many citizens are fleeing after the Taliban takeover

Burkina Faso: Compaore to be tried over Sankara assassination

Blaise Compaore faces a military trial, accused of involvement in his predecessor’s murder

2020 Review: How has Africa handled the big challenges?

Cameroon’s security forces have launched an operation to restore security in Bamenda.

Burundi orders WHO officials to leave the country

Over 80 new coronavirus cases have been discovered in Nakonde

How a dip in global oil demand is affecting African countries

Coronavirus in Africa: Your questions answered

A special podcast where we put your coronavirus questions to the W.H.O.

A day of mourning in Ethiopia following the Ethiopian Airlines crash.

How can Africa create the millions of jobs needed for a growing population?

Europe's Leaders on a Charm Offensive in Africa

Soldiers in Uganda Caught on Tape Assaulting a Journalist

Kenyan lawmakers in Russia; the long shadow of Ebola; the multicultural roots of the ZCC

Why has Ghana banned tilapia imports? Ebola in the DRC; deadly fire in Nairob

The WHO Lists Snake-bites as a Global Health Priority

Hundreds homeless in Nakuru where dam bursts; a shortage of HIV medication in Liberia

Thousands left homeless after fire in Lang'ata suburb in Nairobi