BBC Radio Podcasts from At Lunch With... 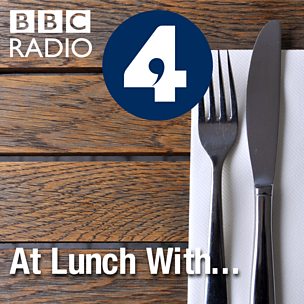 The Labour MP explains how he was investigated and cleared of sexual harassment charges.

What happens when one of the longest serving MPs meets one of the shortest?

Grant Shapps discusses his relationship with the Prime Minister, resignation and rapping

A businessman and ex-diplomat who wrote to the Financial Times about Brexit.

Lunch with Jon Lansman, the founder of the pro-Corbyn movement Momentum

Lunch with Mike Penning, Minister in the Home Office and Ministry of Justice.

The leader of the Green Party Natalie Bennett, is standing down, her lunch from 2015

Alan Johnson - now leading the Labour In Campaign - a lunch from December 2014.

Simon Danczuk, currently suspended from the Labour Party, has lunch with Becky Milligan

The Conservative MP and former soldier has lunch with Becky Milligan

From the archive lunch with the late Bob Crow former boss of the RMT union.

From the archive, UKIP's Nigel Farage talks frankly to Becky Milligan over lunch.

From the archive, John McDonnell, the shadow chancellor, talks to Becky Milligan.

More from the archive, the leader of UNITE Len McCluskey