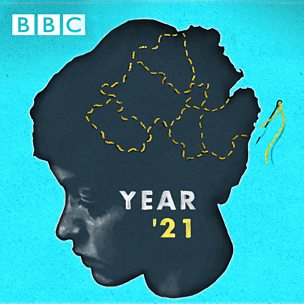 As legal powers transfer to Northern Ireland Declan and Tara find themselves in court.

Episode 46: The Presence of the Past.

The Belfast Boycott begins to bite with many businesses struggling to stay afloat.

As talks begin, it is clear one side is vastly more experienced than the other

The Irish arrive in London for treaty talks - and leave a fascinating record of the trip.

Episode 41:The Parting of the Ways

The new border poses a particular problem for the rail networks

Episode 39: The Children of the Revolution

Until now, little has been known about how children were affected by the turmoil of 1921

Listener Mary Kiely recalls her family's past brush with royalty and present-day tragedy.

Listener Mary Kiely recalls her family's past brush with royalty and present-day tragedy.

Why did so many Protestants leave Southern Ireland after partition?

How important was the influence of the churches in the partition of Ireland?

Episode 33: The Other Women

The history books have little to say about 1921's women. These are some of their stories.

Ballykinlar is chosen as the first internment camp in Ireland

Episode 29:The Truce and the Twelfth

Episode 28: The Bloodiest Day in Belfast

Seventeen die in battles between the IRA, police and loyalists in Belfast's Bloody Sunday

Northern Ireland's new MPs gather for the first sitting of the new Parliament in Belfast.

Episode 23: The Burning of the Custom House

As elections are being held north and south, how are British newspapers reporting events?

Politicians are preparing for an election. Well, two, actually…one for each parliament

On the week in which some historians say NI came into being, Craig and de Valera meet.

Hero or villain, it’s impossible to overestimate the influence of Eamon de Valera

Episode 17: The Lawmakers and the Lawbreakers

Why three counties of Ulster are left behind as the new Northern Ireland is created.

One hundred years ago, soccer became a political football in the run up to partition.

Who was in charge of policing in Ireland in 1921?

Revolutionary, soldier, strategist, politician - the many sides of Michael Collins

Episode 9: The Doctor and the Lion King

Tara and Declan learn about those involved in the spiralling violence across Ireland.

Tara and Declan go to the cinema – not for the main feature, but to watch the newsreels.

The rise and fall of the political career of leading light of nationalism, Joseph Devlin

Episode 4: The Uncrowned King of Ulster

Declan and Tara look back at the life and death of Sir Edward Carson.

Declan Harvey and Tara Mills tell the story of the creation of Northern Ireland.